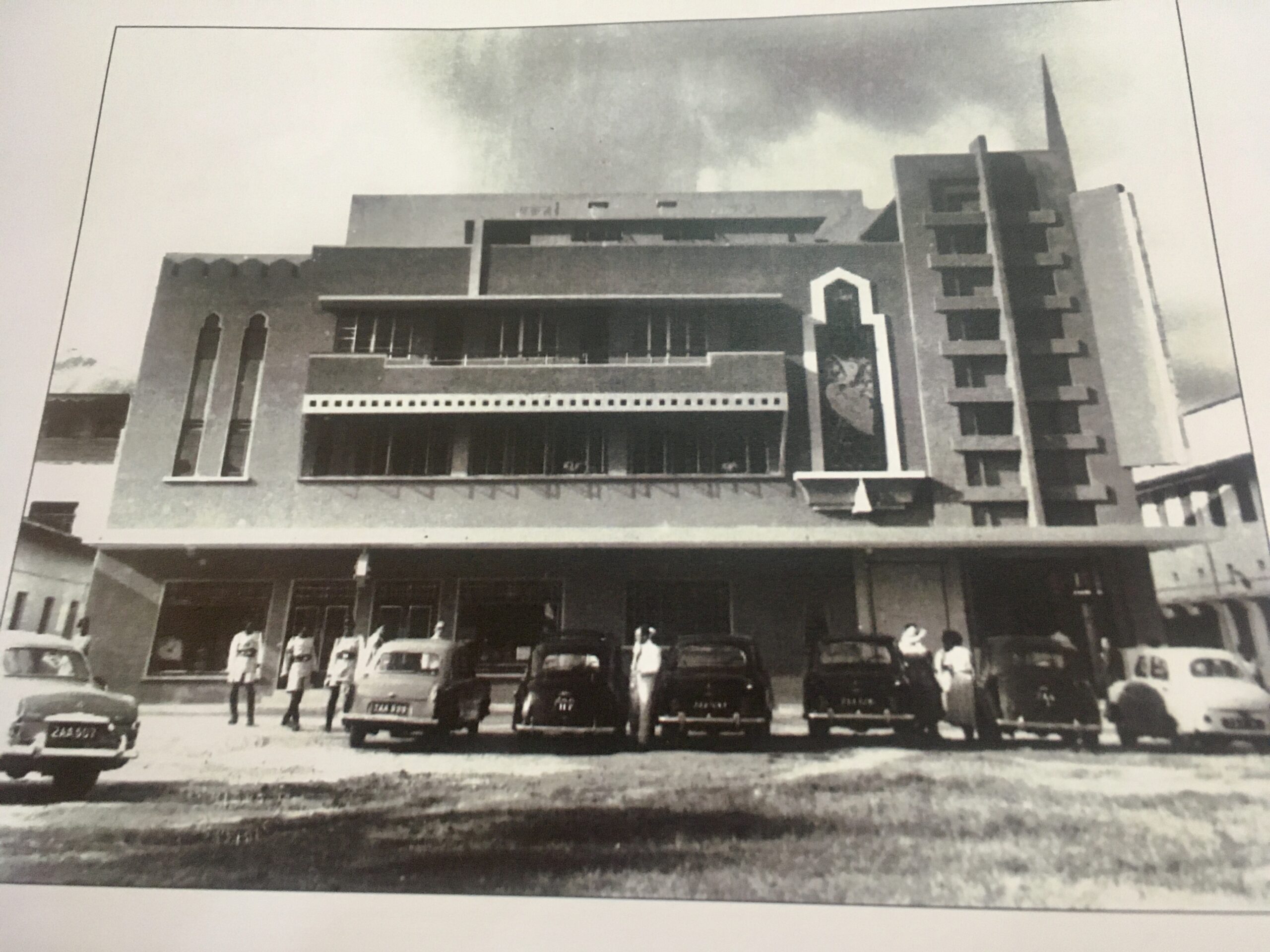 A historic movie house in Zanzibar shall not go to the dogs. Prominent cultural personalities lobby for the full restoration of the art deco gem in Stone Town.

Live broadcasts of Simba soccer matches still attract a few people on Saturdays and Mondays. Or reruns of “Driven to Kill”, the 2009 action film starring Stephen Segal, a long-time favourite of Zanzibari. A single line of derelict movie chairs, barely dusted and barely standing, has been kept alive for these occasions. Moviegoers are well advised not to mind an occasional rat running through the hall.

The Majestic is the last of 53 cinemas in Zanzibar, one of many historically important buildings here, long overlooked and neglected. Initially called Royal Cinema and built by Scottish resident architect John H. Sinclair during the British protectorate in 1920, it was destroyed by fire and rebuilt in 1954. With the 1964 “revolution”, when Tanganyika  and Zanzibar became one, the cinema was nationalised, remaining a government property up to today. Another beautiful cinema, CineAfrique, built1951 in the Malindi area of Stone Town, was partitioned into offices; the Empire in Darajani, built in 1939, became a supermarket.

In recent years, consecutive ministers of culture in Zanzibar have talked about saving the Majestic but done little.

Now there is new impetus to convert Zanzibar’s last cinema into a cultural hub. The initiative is driven by major cultural players in Zanzibar including the music festival Sauti za Busara, film festival ZIFF and Hifadhi, an organisation dedicated to operating historical places in a commercially viable way. Bi Munira Hamoud, ex-director of the Chamber of Commerce is another strong voice pushing for the Majestic restoration on behalf of a women’s organisation called (Re)claim Women Space: “We want to make memories visible again”, she sums up the efforts.

Where the sultan and sons of slaves mingled

“It was on these balcony chairs that the last sultan of Zanzibar used to sit,'' explains film scholar and cinema expert Prof. Martin R. Mhando, 70,  as he takes me around the ruinous building on Vuga Rd. in Stone Town. Up to the late eighties cinemas in Stone Town were in full swing, the director of the Zanzibar International Film Festivcal (ZIFF) recalls. Economic and technological changes killed them: “When the International Monetary Fund (IMF) removed cultural subsidies in Africa, cinemas collapsed”, explains Mhando, at the time director of the distributor Tanzanian Film Company (TZC). The advance of private TVs, Videos and DVDs did the rest, like elsewhere in the world.

Abduli Mrashi, 75, caretaker and son of the former proprietors, has single-handedly kept the Majestic open. The friendly man with a white beard runs a small restaurant with homemade bajia and chips in the back of the cinema. “Zanzibari don’t go for romantic movies, they love action”, he says. While this rings true with Filmmaker Mhando, who has lived in Canada for almost two decades before coming back to Zanzibar, there seem to be also other developments: “We notice a growing crowd for documentaries and more sophisticated movies. Therefore”, Prof Mhando believes, “a restored Majestic would stand a good chance to operate profitably.”

A feasibility study is on the way, expected to cost around $100,000, and design ideas have been developed in a workshop with students from Uganda and South Africa. The rehabilitation may take up to one million dollars, the initiators say. But a few interested sponsors, UNESCO and the Japanese government, have already come to the fore.

Interest in the appealing historic building is certainly there. “Every day tourists turn up here”, says Prof. Mhando. The movie magic has survived.