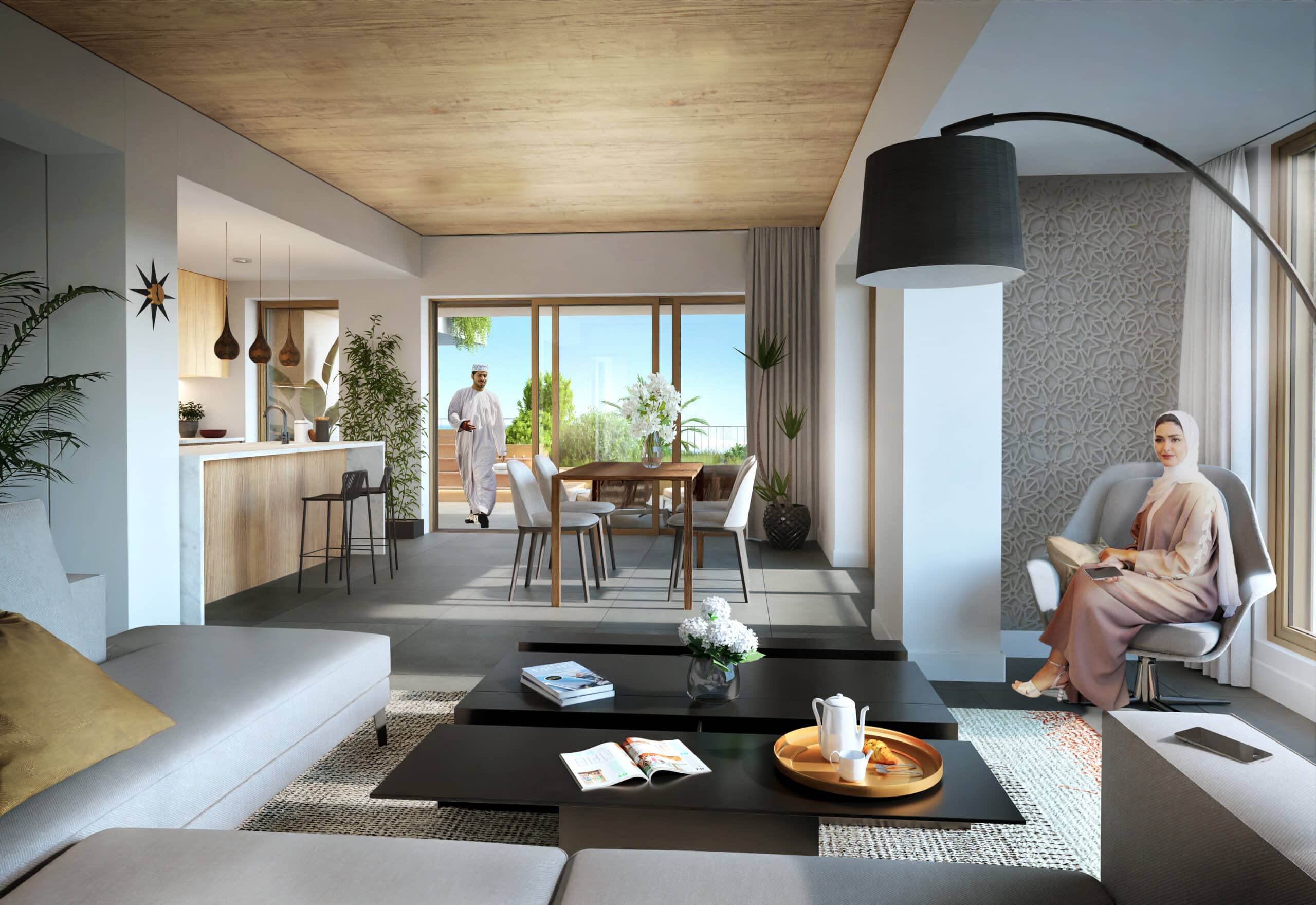 Burj Zanzibar - the planned sustainable apartment tower for Africa will compel the continent into the top green league worldwide. The sale of around 250 apartments has commenced. Construction could begin at the end 2023/2024. The project was officially launched in October in Muscat, Oman.

For now, the prefab timber parts for the construction will be imported from Europe, but in the future Tanzania and Africa are expected to vastly expand their own re-growable wood plantations as well as production factories. The country already harbours a wood plantation near Iringa covering twice the size of New York. “No ancient forests will be touched”, stresses manager Tobias Dietzold, “ we will only use re-growable agroforestry.”

Burj Zanzibar is planned as a hybrid timber tower with a steel-reinforced concrete core. “This and other elements make the timber structure extremely stable and long lasting”, said Torsten Helbig, leading structural engineer and CLT pioneer who has planned timber houses and offices all over Europe and America, among them a pioneering eco supermarket in Germany and a college in the US.

Prefab timber construction is much faster than erecting a concrete building, but also  more costly.  “We approximately forecast one week per floor”, said timber export and Volks-house owner in Fumba Town, Thomas Just.  Even if this triples, it would mean a high-rise of 28 floors can be built in less than one-and-a-half years. Cross laminated timber is lightweight compared to concrete at the same time giving the same structural strength. One cubic metre of concrete weighs 7 tonnes while one cubic metre of wood weighs only 400 kg.  Also important: The new generation of high-tech timber buildings are said to have similar fire-resistant qualities as conventional buildings (see interview on this page).

Another plus, especially when building in countries with less developed construction companies, is the accuracy of prefabricated timber buildings. In a computer controlled environment one panel  of a wall will be  exactly like another with  margins of only a few millimetres.

The new generation of timber buildings are more healthy  - for the environment and their inhabitants.

Cross laminated timber houses are also extremely durable since timber is a non-deteriorating building material. Some of the older houses in the world are made of wood, like Japanese pagodas and mediaeval  living quarters in Europe.

One of the oldest wood buildings in the world and still perfectly in shape is the Horyuji Temple near Nara in Japan and it became the country’s  first world heritage site! It was built in the 6th century - more than 1400 years ago - and is much visitedby tourists and locals alike. Inside it holds some of Japan’s most important national treasures. One of the first Buddhist monuments in Japan it had a huge influence on religious architecture for centuries to come.

Almost no  less is expected of the planned Burj Zanzibar which would become an environmental icon for the whole continent of Africa and set a benchmark for architecture worldwide.

Ever dreamt of living in a wood cabin? Burj Zanzibar is the modern equivalent of just that dream. Popular 1 bedroom apartments in the timber-tower-to-be start at 119,900$.

28 storeys high, the spectacular building offers studios, one- and two-bedroom apartments and deluxe penthouses. In Fumba Town, Zanzibar foreigners are entitled to buy by law. The elegant tower stands on a terraced podium. At the moment apartments from the 7th floor and above are on sale.

Prices range from $79,900 for a studio to $950,880 for the most expensive penthouse with pool. The apartments are being sold off-plan now. They are payable in six instalments with a reservation fee of $10,000. Sales have commenced internationally.

More than a dozen apartments were sold within the first weeks at an average price of 180,000$. Note: The higher the apartment, the higher the price; the ocean side is more pricey than the land side.

Fumba Town near Zanzibar City is a modern and ecological version of an African town and the fastest growing urban development in Tanzania with permaculture landscaping, 94% waste-recycling, health care, educational facilities and a total volume of $400 million.

More basic: Architectural  design for a 1 bedroom with 53.8 sqm with two lovely terraces

Burj Zanzibar:  world’s tallest timber apartment tower to be built in Fumba A world record for Zanzibar! The Indian Ocean island is planning the highest green building in the world - and nowhere less than in Fumba Town. Curtain up for the iconic enterprise By Andrea Tapper Breathtaking 360-sea views all around. A playful architecture […]