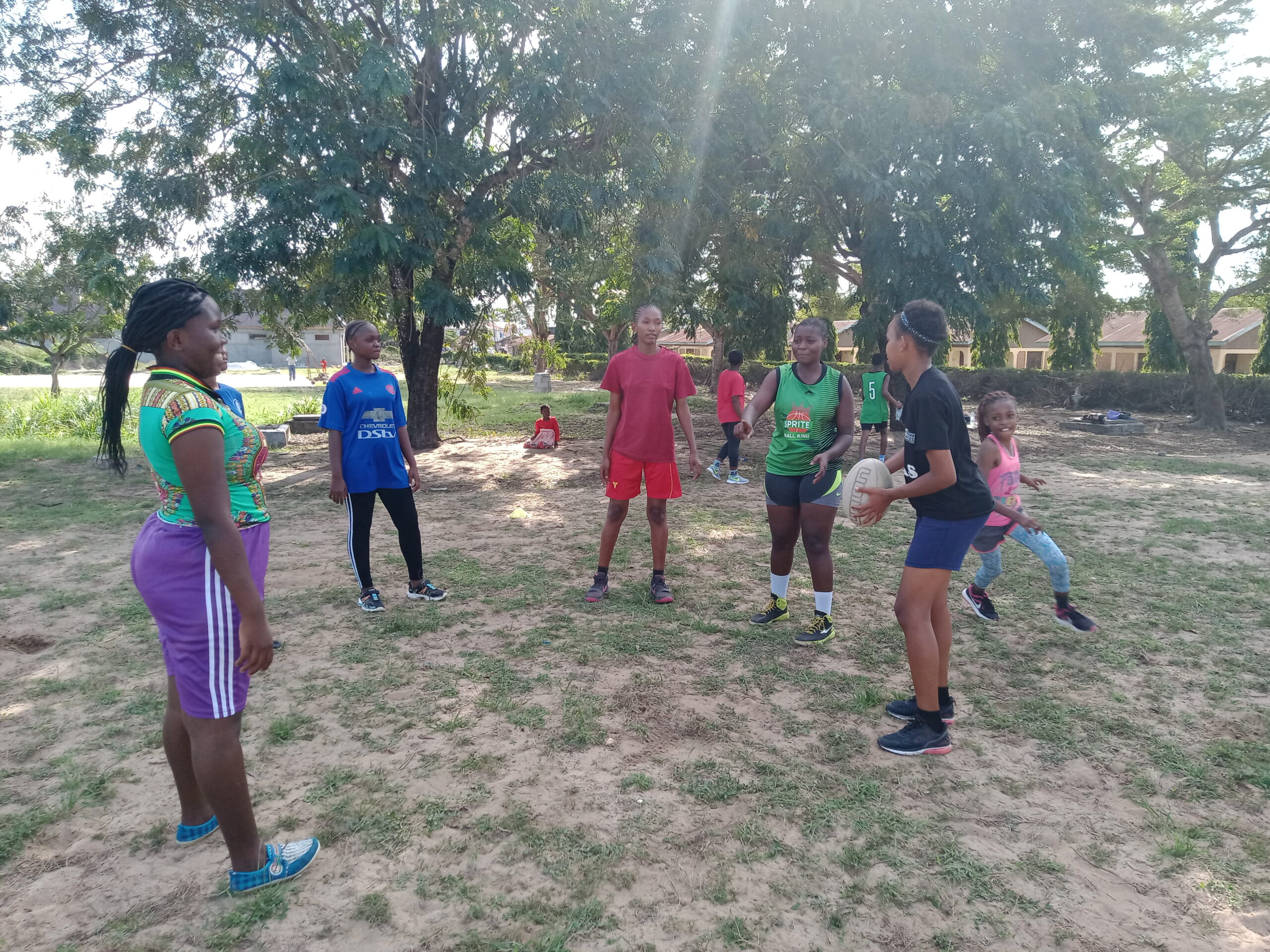 Women and sports sometimes still seem an un-easy equation, especially in Muslim countries. But this has not to be so at all, says Fatma El-kindiy who is promoting a rather unusual team sports for girls and women in Tanzania and Zanzibar – rugby.

Every time we have a rugby match, more people are coming out to watch. And it’s exciting how many of them then want to play. People who are active in the clubs are also helping to encourage more women to check out the sport which makes me hopeful that we will have many rugby teams and also women teams in the near future in Tanzania and Zanzibar.

The first question everybody has, of course: How do you play rugby? To simplify it, in this match you run forward and play backward. The aim is for a team to carry the ball over the opponents’ goal line and force it to the ground to score.

Rugby is most popular in New Zealand, South Africa and Wales where it is not only the national sport but part of the culture. However, rugby union, as it is called, is by now played across every continent and boasts over two million registered players.

For a long time, rugby has been perceived as a man’s sport. People think of it as a violent game. Many girls and women are sceptical about it, but in my opinion that is only because they haven’t been exposed to the game.

I became involved in rugby first as a player and then as a lady's representative for my club, the Gaborone Rugby Football Club in Botswana. That’s where I gained a passion for the sport. When I returned to Tanzania I joined the Tanzania Rugby Union, wanting to help develop the sport for women in my home country.

Currently, at 36 years of age, I am working on the creation of Tanzania’s first national women’s team and am prioritising rugby outreach in schools and communities at large. We just had the Dar es Salaam Annual Touch Rugby Tournament. In Zanzibar rugby is played at Paje. The teams are Paje Pirates and Scorpion RFC. We are going to begin training young ladies in Zanzibar soon. I have done my Level One Fifteens coaching and, even as a woman, assist in coaching a club in Dar es Salam — the Dar Cubs, an all-male team.

No beginners in rugby!

My real profession is interior architect, but I have always been a sports enthusiast. The best thing about rugby is that there are no beginner classes. In rugby you can start playing with everyone else and learn along the way. But that’s part of the fun! Rugby is for everyone, it has no gender, religion, or colour and is played by all shapes and sizes. We want to ensure women feel safe, supported and know that they have a place in the sport. Solidarity is one of the core values of the sport and rugby players always look out for each other. No one gets left behind.

Tanzania has a long way to go to reach the heights of Kenya, Uganda or Burundi. But the involvement and determination is here now. We have numerous teams playing in tournaments across the country and many more teams in development. The teams include a mix of expats and citizens playing together, which has brought diversity of culture to the game. There are clubs established in Moshi, Arusha, Dar es Salaam, Zanzibar and Tanga with wonderful camaraderie among them. I believe rugby can become just as popular as football in my country.

The new place to be

Karafuu coffee house adds lightness to Stone Town Constantly new places are opening in Zanzibar, whether in Stone Town or along the beaches giving testimony to the fact that the island is indeed on the move. Especially in Stone Town one sometimes wonders how yet another café, lounge or hotel was able to squeeze itself […]