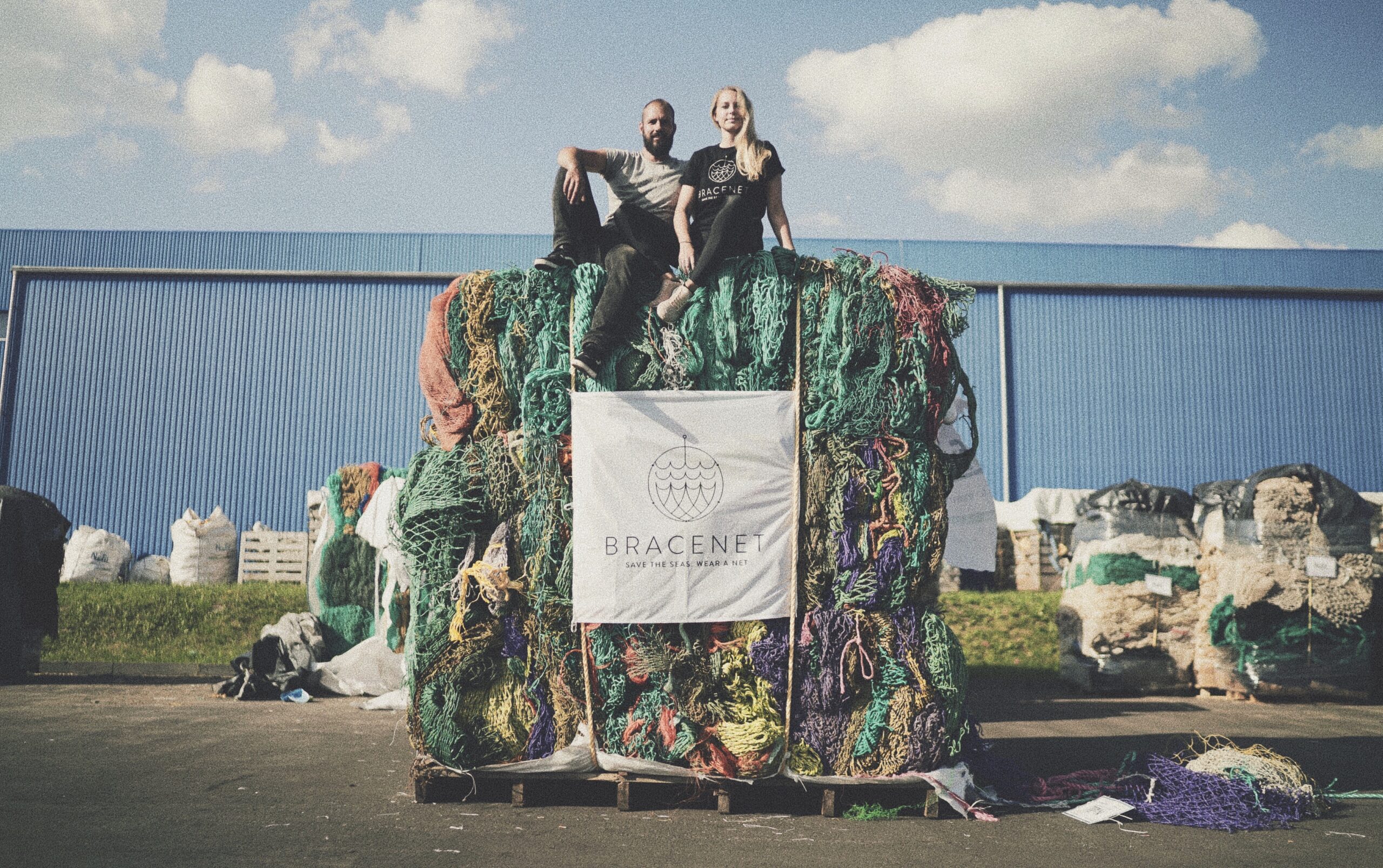 During a three-week-visit to Zanzibar a German couple discovers his mission and starts turning old fishnets into „bracenets“.

By now Madeleine von Hohenthal and Benjamin Wenke have sold more than 100,000 of the green accessories online. Together with international partner organisations they have recovered more than 700 tons of discarded nets in oceans worldwide.

“It all began diving along the wonderful coast of Zanzibar in 2015”, recalls Benjamin Wenke, when I met him in Hamburg, Germany where the business is based.  “We discovered pieces of old fishing nets, drifting through the water, posing a great danger to the environment.”

Zanzibari Fishermen were quick to point out, however, that most of the nets were not dumped locally but came from large fishing vessels – a “huge global problem” as the visiting couple realised. “We flew back to Germany both with a piece of net around our wrist”, the 37-year-old recounts and “kept fantasising what to do with it”.

“Not much was known about the issue in 2015”, he says - and started to research.  His findings: Every year, up to a million tons of fishing nets are lost or dumped at sea. They lose their purpose, but not their function – and keep on fishing as they drift through the oceans. Millions of marine animals get caught in the so-called “ghost nets” and suffer a cruel death. The nets also form 40 per cent of the infamous Great Pacific garbage patch, one of five major plastic gyres in our oceans.

„It’s time to end this“, Benjamin and Madeleine thought, and – with a professional background of marketing and design - started to experiment with up-cycling the ocean funds into new products like dog leashes, key chains, rings and bags. Everything is handcrafted in a workshop in Hamburg. Their bestseller became the so-called bracenet (from bracelet and net) of which they now sell dozens of versions online with a certificate of origin – per piece at 25$.

Has the couple, by now married and proud parents of two-year-old son Eden, returned to the source of their business idea, to Zanzibar? “Not yet”, they say, “but we plan to.”

Burj Zanzibar:  world’s tallest timber apartment tower to be built in Fumba A world record for Zanzibar! The Indian Ocean island is planning the highest green building in the world - and nowhere less than in Fumba Town. Curtain up for the iconic enterprise By Andrea Tapper Breathtaking 360-sea views all around. A playful architecture […]