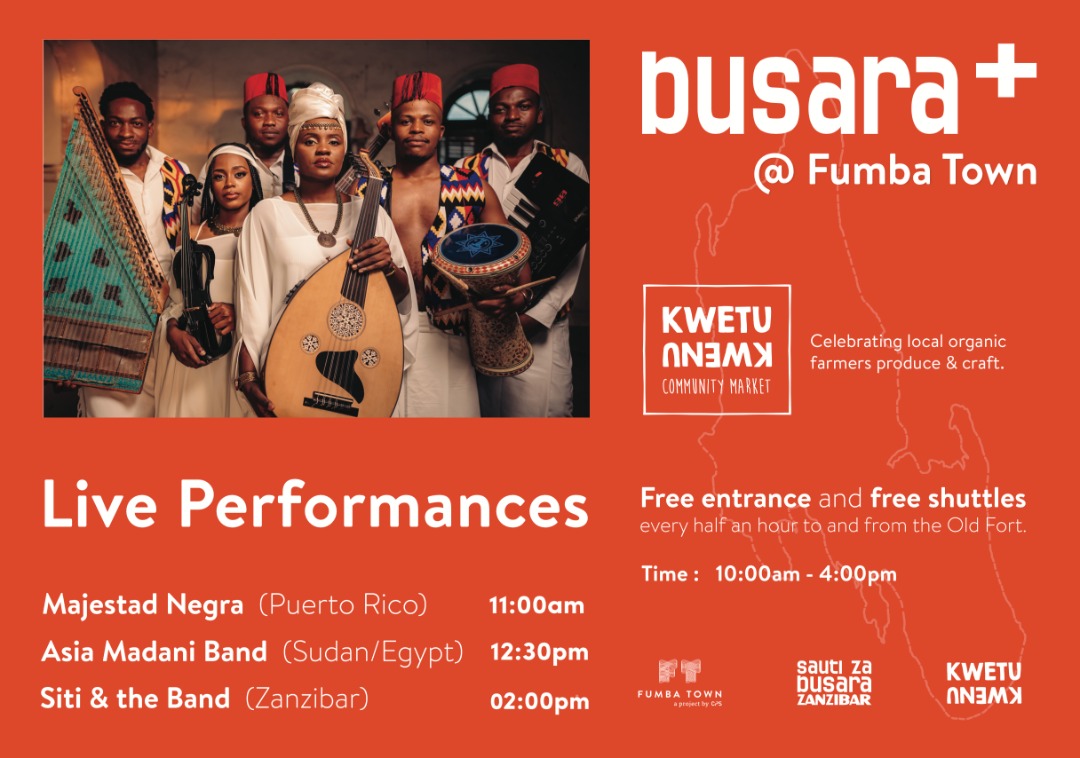 Sauti za Busara - Tanzania's most compelling music and cultural festival, brings together thousands of enthusiasts and performers from across Africa and the world to celebrate the richness and diversity of African music and heritage.

The 20th-anniversary edition of Sauti za Busara will take place from 10th to 12th February 2023. With its theme being Tofauti Zetu, Utajiri Wetu (Diversity is Our Wealth), the festival will reach out to a diverse crowd and feature live music performances from Zanzibar, Tanzania, DRC, South Africa, Zimbabwe, Nigeria, Ghana, Senegal, Egypt, Sudan, Ethiopia, Mayotte and Reunion. It is usually embedded among training workshops, networking and cultural events throughout Stone Town.

Sauti za Busara has a record of attracting up to 20,000 visitors in three to four days - a significant booster for Zanzibar tourism for two decades. "The festival has been a vital part of Zanzibar's culture."

This year's Sauti za Busara will conduct its first satellite event at Fumba Town Project by CPS, an event dubbed 'Busara Plus.'

The 'Busara Plus' event is set to take place on the 11th of February 2023 alongside the Kwetu Kwenu Farmers' Market. The event will involve live performances from Majestad Negra Band (Puerto Rico), Asia Madani Band (Sudan/Egypt) and Siti & the Band (Zanzibar)

The event' Busara Plus' event will have a free entrance and free shuttles after every half - hour from/to Old Fort to Fumba Town.

Get your tickets through at www.busaramusic.org