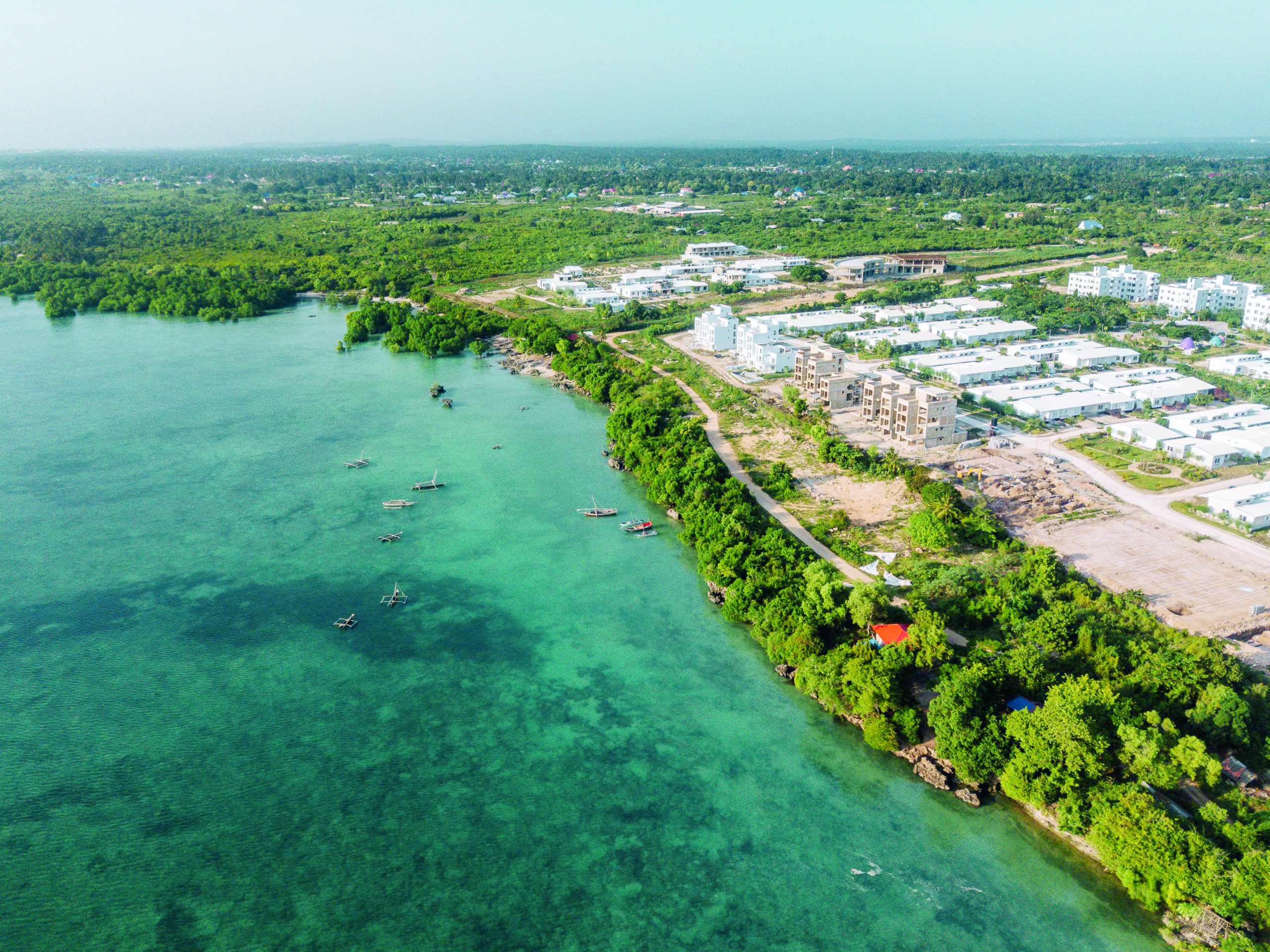 Both aspiring seaside communities, started in 2015/16, fascinate locals as well as a growing number of international visitors and investors. “Up to now we have buyers from 57 nations”, says Sebastian Dietzold, CEO of CPS, the developer of Fumba Town. “We have more in common than separates us”, emphasises Saeed A. Bakhressa, project director of Fumba Uptown Living (FUL) developed by the Azam Bakhresa group of companies, a well-known African business giant. “It’s all about trust and the vision to open up Zanzibar”, both developers agree.

So, what IS the difference between Fumba Town and our neighbour Fumba Uptown - and what unites these new urban island delights? Where to shop best for a holiday apartment or a permanent family home? Well, it starts with taste …and probably ends with your financial possibilities (see box). While both projects aim to “satisfy the huge demand in real estate in Zanzibar” (Dietzold), promise ”high yields in investment” (Bakhressa) and support local industries and employment, one might - just for the sake of distinction – identify the uptown version as slightly more exquisite and conventional, and Fumba Town as the greener and more experimental entity.

Is it environment versus luxury, then? That would be putting it to simple. Fumba Town indeed metamorphosed from barren coral rock land into a lush tropical paradise in just three years by the virtue of permaculture landscaping, but the uptown competition can also pride itself of its own water and electricity plants supplying up to 20 megawatt of power and three million litre drinking water. “Besides, both towns face the same challenges”, Bakhressa adds. A shortage of sand has been delaying building progress. Another challenge: “Turkey or Mauritius grant immediate residency to home buyers, in Zanzibar we are still pressing for that”, 41-year-old Bakhresa notes.

Taking a ride on a carousel at Uptown’s amusement park on the corniche, a refreshing breeze drifts in from the sea. A few kilometres away, customers happily bargain at Fumba Town’s popular street market, choosing between homemade jams and Aloe Vera skin creams. There is already remarkable resident life in Fumba Town, where about 500 of a total 3000 units in a large variety of building styles and budget options have been sold and partly occupied – ranging from low-budget studio apartments to town bungalows to three-storey villas.

In Uptown Living, on the other hand, prestigious, walled-in individual properties and a 10-floor apartment tower attract future buyers. “We only sell houses ready to deliver”, explains director Bakhressa, “the furbishment is still in progress and we have not even started marketing”. Fumba Town is selling off plan; buyers pay in instalments.

The excitement of new beginnings is tangible in both projects. “I couldn’t believe my eyes seeing entire cities coming up in the middle of nowhere”, a visitor remarked. And both developers seem to agree: Just as Manhattan island in New York has an uptown, midtown and downtown area, the two tropical towns on the Fumba peninsula may eventually form one suburb of the capital - with diverse neighbourhoods but the unifying promise of a better life in Zanzibar!