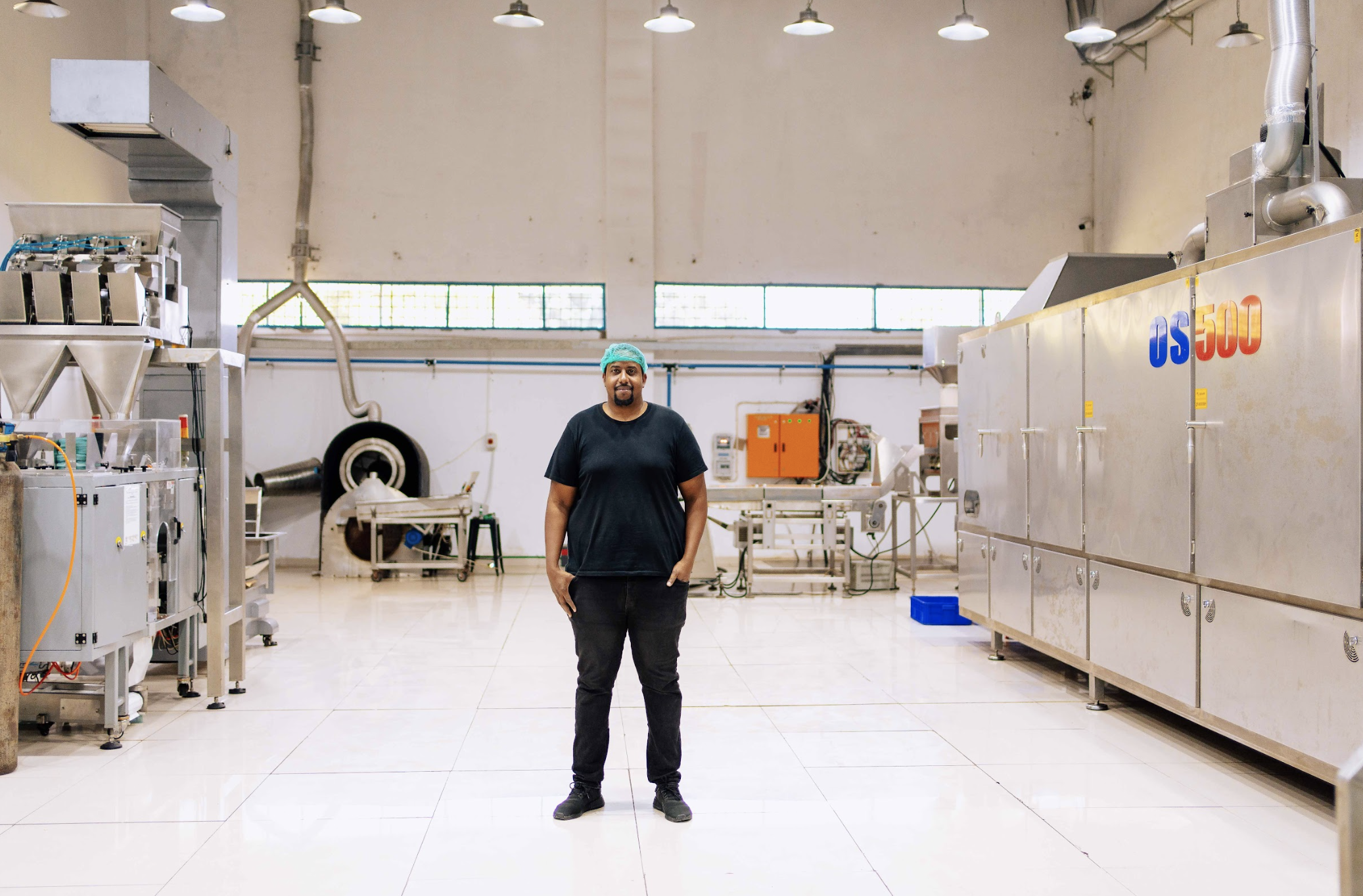 Ever wondered why Tanzania is among the biggest cashews growers in the world but rarely exports the finished product? Here comes the answer – and the change.

First we get lost looking for mighty Fahad Awadh and his new cashew factory near Amaan stadium. It’s situated in an ageing Industrial Park of the same name, opened in 1976, just minutes from the stadium but the fact that there is no signboard and not really a highway to reach it, already says it all. Business attitudes yet have a long way to go on the tropical island of Zanzibar.

Not with Fahad Awadh, though. Having grown up as an especially talented kid in Toronto, Canada, to where his Zanzibari parents migrated when he was young, he returned to his home island ten years ago with a clear focus: “To work as an entrepreneur, to develop an industry.” Now 36 years old, he masterminded, built up and opened a top-notch modern cashew factory in the Amaan business park, being one of the first entrepreneurs to revive the hub which had been lying idle for the best of two decades. Other are following, like a glass-fibre boat company, and Awadh just opened a neat staff canteen, too, open-air and surrounded by colourful cashew graffiti.

Why Zanzibar? Why cashews? Sitting in his minimalist office, dressed all in black, Awadh answers with a big smile and a deep baritone voice: “We produce a lot of things in Africa, cotton, tobacco, coffee, but rarely we add value.” So, the man who won several ‘talent kid” competitions in Canada and was admitted early to a special school program for whizz kids, started his research looking for the best possible Tanzanian product to market – and landed with the cashews. He chose Zanzibar because of its port, cargo ferry and welcome government incentives such as three-year free rent and duty-free import. With such assistance the Zanzibar Investment Promotion Authority (ZIPA) aims to revive Amaan park.

“94 percent of Tanzania’s cashews are exported in a raw state to countries such as Vietnam and India, where they are processed, roasted and shipped onward to Europe and the US”, Awadh explains a ludicrous process, “so there is huge potential for exporting the finished product directly from here to the consuming country.” He sources his cashews from small-scale farmers in the Mtwara region, considered some of the best in the country. The farmers do the shelling, earning more with that. Drying, peeling, roasting and flavouring is carried out in the state-of-the art block-chain factory with aluminium machinery and gadgets, all fully automated. “The hardest part was getting the finance to buy the machinery”, says Awadh, whose father partners with him in the business.

Cashew nuts, we learn, aren’t actually nuts at all, but the seed of the cashew apple, resembling a yellow pepper. veggie. They are rich in protein and essential minerals. Shipping them around the world unprocessed, however, is an environmental nuisance because they are bulky; a seed-to-shop model much more sustainable.

By hand, not-so-perfect nuts are eliminated from the crop and moisture checks undertaken. Already, Awadh is employing more than 35 skilled workers, men and women. The factory began processing in 2019. By now, the production stands at 100-120 tons of cashews per year, packaged in 150gr bags, at a wholesale price of TZS 5,000 (about two dollars). A special QR code on the vacuum bag tells the consumer which farm the cashew is coming from  – a transparency highly appreciated in the West. Other products such as cashew butter are being added. And there is room for expansion: ”We now produce three to four times a week”, Awadh says, “we could even go 24/7”.