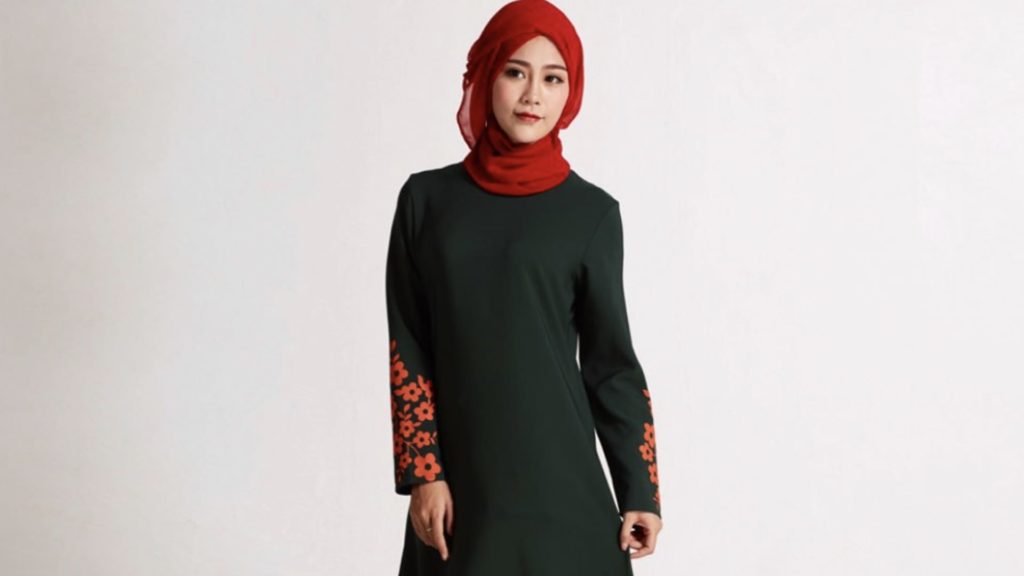 Before black, there was colour. At least that’s what cultural expert Faridi Hamid says about buibuis.

Colourful scarfs called kitambi, in thick, intricately woven material, were worn by Swahili women (and men) long before the Portuguese arrived at the shores of Zanzibar in 1503”, Zanzibari historian Faridi Hamid says.

Writing about traditional dresses, no matter in which culture, from Christian to Greek orthodox, from Roman togas to folk costumes like Scottish kilts, one is entering a minefield - so many rules to follow, details to adhere to, each and every one with a distinct meaning. For those who wear the attire it is much more than just a dress: a testimony of faith, a way of life.

And yet, even the buibui, the traditional black Swahili overdress, has come a long way from the days when Bibi Sayyida Matuka bint Hamud, wife of long-time sultan Sayyid Khalifa II bin Harub proudly wore it to receive her royal highness, Princess Margaret from England, on her first ever visit to Zanzibar in 1956.

While women have put on their buibuis and men their airy, long-shirt kanzu (see box on this page) along the East African Swahili coast for generations, it doesn’t mean they are immune to fashion. Nowadays, flashes of colours, patterns, embroidery and even bling-bling effects with sequins are playfully added to buibui styles. And there is a differentiation of terms: Abayas, as the Arabian counterparts are called, are kaftan-like long dresses. The modern buibuis are like open coats with a matching headpiece or scarf and always worn on top of other dresses - not rarely a flashing mini, or tight jeans and tops.

The holy month of Ramadan “is a good time for ladies to showcase your dress sense since we have so many get-togethers”, says Aida Busaidy, a tourism manager from Dubai.

The specific cutting pattern of buibuis has evolved over the years. “I would like to create some original buibui styles again” says contemporary fashion designer Amina Bilal Pira, who runs a popular boutique in the middle of Stone Town on Gizenga Street. It’s not an easy cut for dressmakers though, with the skirt-like lower part and the veil sewn together. The veil can be put back over the head or let down over the face. But as one can see from historic photos, the traditional buibui was not a complete “cover up” but often exposed the dress worn underneath and the décolleté as in Bibi bint Hamud’s photos (see far right - black and white photo).

How did it all start? “With ever more waves of traders from Yemen, Arabia, India and Portugal coming to Zanzibar, the new immigrants brought dress codes and veil styles with them, gently flooding the island”, Faridi Himid says.

The Portuguese broughtmaterials later called lesos in Swahili from which the colourful kanga evolved, a pareo-like wrap-around always sold in pairs and often worn by rural Swahili women instead of a buibui. “The scarf or veil itself, however,” Himid stresses, “is not a Muslim invention. Even in Christianity, on historic paintings or in photos of the last one or two generations, one can see women wearing head scarfs, often in lace or white material.” Certainly, many Western women recall their grandmothers wearing head scarfs in church.

Swahili people don’t miss a touch of humour when talking about their traditional dresses. To start with, the word buibui means “spider” in Swahili, “but it is not meant to describe the appearance of women”, Amina Pira believes, ”it just happens to be the same term for two different things.” When covering mouth and nose with a veil, the look is called ninja just like the comic turtle with its trademark face mask. Kizoro, named after the hero of the film Zoro, describes a style where the woman does not cover her face permanently but only ever so often seductively “draws the curtain”.

A complete cover is known as gubigubi (translated: from head to toe) – and according to Faridi Himid symbolises more than the idea of hiding female features from public view. Freely exploring the cultural philosophy behind it, he says: “The woman chooses the man, not the man chooses her. A woman does not have to expose her beauty or show off her figure.”

The very idea of modesty

Modern day buibuis and abayas are often made of flowing soft fabrics, silk, cotton, linen or chiffon. Some have heavy drapes and folds, others are simply elegant or casual depending on the occasion. While respecting tradition and preserving culture, they are pushing fashion boundaries. But don’t the new elaborate designs contradict the very idea of modesty in a Muslim dress code? “Somehow they do”, says Zakia Agverdenbos, a Zanzibar lady married to a Dutch businessman, “but the essence remains. You show you are respecting society.” - “Isn’t it very hot under a black veil?” western visitors often ask. “Yes and no”, says Sarah Mustapha, a 21-year-old beautician, “we all wear them since a young age, I suppose you get used to it. I still like my buibui to be black, but others prefer them in cream, blue or with pink stripes nowadays.”

Fumba can pride itself on some skillful youngsters building mini dhows, larger than a tiny toy but smaller than real boats. Their role models: village elders.  One can see them when the sun is about to go down. Young buys treading towards the sea, passing the new Pavilion shopping centre, crossing over to Fumba Town […]

The man with a masterplan

Big overhaul at Zanzibar port is underway. Where to start? When I paid Akif Khamis a visit at his office one Saturday, the new Deputy Director-General of the Zanzibar port was the only person in the building. I arrived loaded with statistics (worldwide median turnaround time…) and questions (How long does the off-loading of a […]

Get ready for surf and soul

First-ever residential resort in Zanzibar opens. The leisure complex, The Soul, on the East Coast offers a completely new spin on tourism on the island - and lots of fun for global nomads. Christo, the famous wrapping artist, would surely have loved it. A huge black fabric covering an entire block of new apartments dropped […]